Together we are strong! 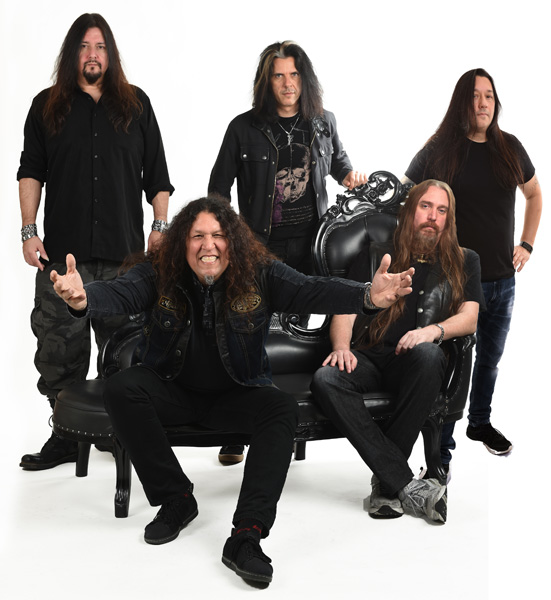 Testament is an American metal band, originally from Berkeley, California, established in 1983. Testament is one of the best known so-called thrash metal acts and is part of the hugely influential San Francisco Bay Area thrash metal scene alongside bands such as Metallica and Exodus. The band has sold millions of albums and tour all year round all the world.

The Athletes in the focus

Sport on such a high level assumes a lot of concentration and willpower. BEAR TRACK CANADA Energy drink unites all these characteristics. 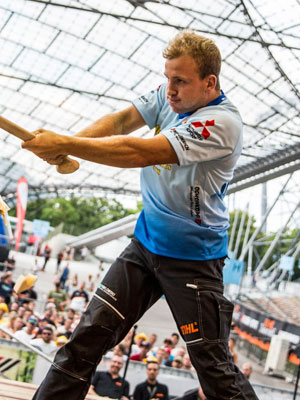 Rookie of the Stihl Timbersports Series

How did you come to Stihl Timbersports?
As a small child I was already a fan of the Stihl Timbersports Series. Some time ago I announced myself with Chris to a test training in which we were sighted as talents and were taken up in the Rookie team.

I also want to train as much as possible and perhaps i can go abroad to an international Pro to learn more about Timbersports. And all the best of the next season would be the participation at the world championship as a member of the international Rookie team.

Rookie of the Stihl Timbersports Series

What are your ambitions?
In the next season i want to be at least one of the first 3 Places at the competions.

Why are you pleased to be a part of the BEAR TRACK CANADA Team?
I live my occupation as well as the hobbies and the passion with the nature which is not always safe. On this occasion, Bear track holds me always on full concentration and power. 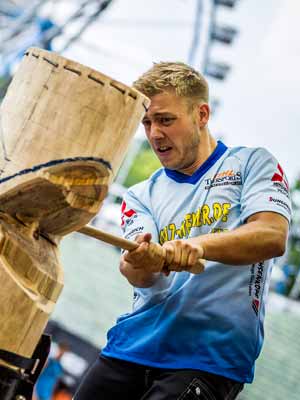